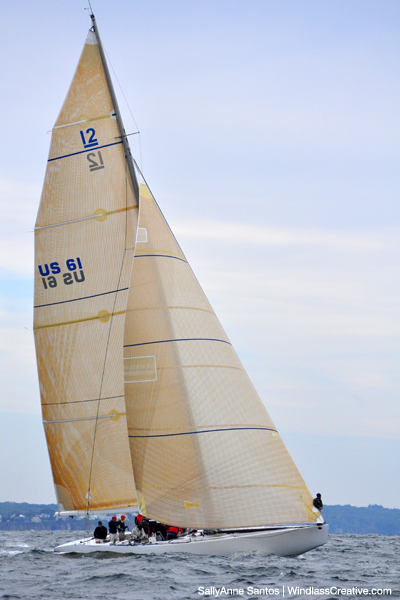 USA is owned by Pearce Wood of New Orleans, LA

1986-1987
USA, nicknamed “R-1” for “Revolutionary” was built by the Golden Gate Challenge San Francisco with a torpedo ballast keel and two rudders aft and a forward canard type. She performed well, with Tom Blackaller as skipper and Paul Cayard as tactician in the semi-finals of the 1987 America’s Cup Defender Trials, but was beaten in the finals by Stars & Stripes ’87 by a score of 4-0. She won the Lipton Memorial Trophy (NYYC) in 1987.

2001-present
Purchased by Guy Heckman, and renamed USA, she has been actively sailed and raced in the Newport fleet. After the death of Guy Heckman in 2011, his family and son James took care of the boat and kept her racing. In 2014, she was purchased by Dennis Williams.

2020
US-61 purchased by Pearce Wood, of New Orleans, LA. He plans to restore her, tune-up and train in the “shallows” of Lake Pntchartrain, sail to Pensacola where she will be available for charter. 2021 plans include a trailer-trip north for competition in Newport, RI.